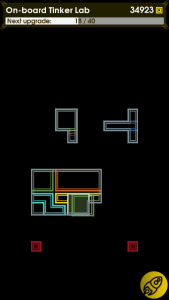 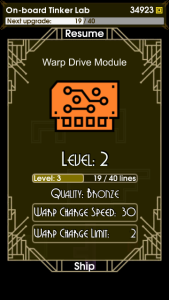 Tinkering with the warp drive module can pay off. 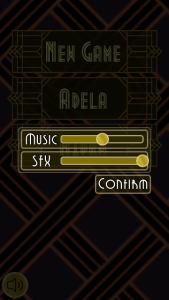 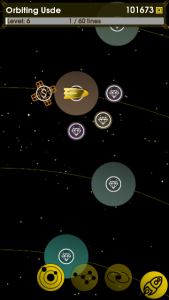 Context icons showing that you can find minerals most places, and shopping at stations. 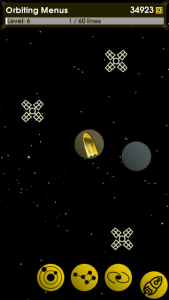 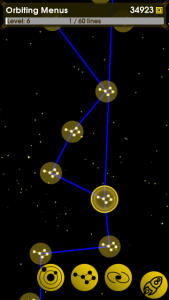 Jumpgate lanes between star sectors in a well-connected part of the galaxy. 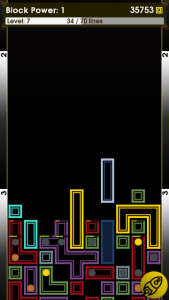 First display of ’tile toughness’, helping you know how much more work it’ll take to clear those tiles. 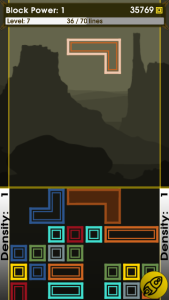 New element-associated backgrounds for mining, and a look at the ‘mine surface’ line above which tiles are destroyed for free. 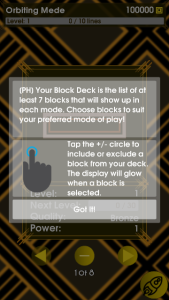 Textual explanations aren’t the best approach, but better to have them than leave players in the dark. 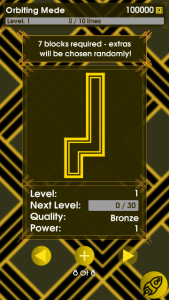 The block deck shows you basic block stats, as well as lets you decide if they’re part of your games. 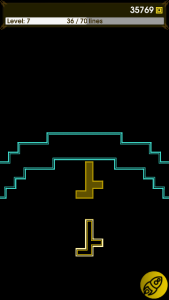 Hard to believe it’s been over a year since I took the time to write something.

Work’s continued unabated in the meantime, so what’s new?

In addition to the above, I’ve been working on prototypes for the space combat modes. I’m still not sure I want to include these in the initial release, but if not, they’ll likely be the first patch afterwards.

I’m nearing a functional prototype for game #2, though it likely won’t get much attention until later in the summer. My intent is to get BAWD tightened up and released before I invest much more time in other projects.

I wrote before about this idea, and so far I think it’s working well.

However, still being in that nebulous area prior to shipping game #1, I feel like game development remains a hobby. One I invest a surprising amount of time in, but it still isn’t invested with the weight I want it to have.

As a gamer myself, I place a lot of weight in extrinsic motivation. Even something low-risk like writing these posts feels rich with meaning, whether or not anyone reads them. When you’re writing with an audience in mind, it feels real enough, and it makes me feel like the hobby is maturing into a profession. How much more impact would an actual product have?

Shipping – succeed or fail – is a declaration of identity.

The next sprint – delayed a week due to travel – will be aiming at making the game more intelligible in general. First, I will be adding additional tutorial dialogs to guide players through more of the initial gameplay. Following that, I hope to break ground on the new lightweight questing system. (Think Heroes of the Storm, not The Witcher).

Quests will be used to help differentiate locations around the galaxy, and to ensure there’s at least a modicum of direction within the game – not everyone loves playing in a sandbox.

Quests may also be used later to provide a number of unique rewards, such as:

I find the concept of “quests” to be a bit of a two-sided sword, however. I doubt I’m the only one tired of quests asking me to “Collect 12 Wild Boar Liver” quests, or “Kill 20 Wild Boars of Unusual Size”, or “Locate the Golden Wild Boar Statue”. Kill and/or collect quests aren’t exciting, but they are a staple of the game industry at this point, for good reason. I think there’s room for innovation in BAWD, since it’s a puzzle game, at heart. Here’s hoping.